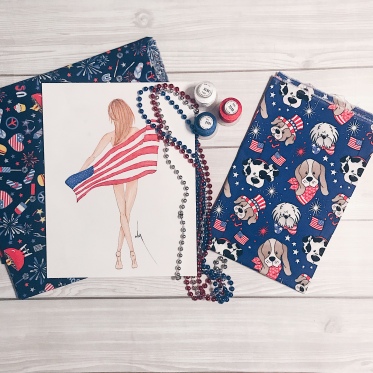 Everyone has some sort of family tradition that dates back to their grandparents, or even before that.  Well I have one that is a bit different then everyone else.  The 4th of July has always been a day of celebration among families for the independence of America.  Most will have a BBQ, go the beach, or just stay home and relax.  My family is the complete opposite.

Back in 1976 my grandmother decided she was bored of the same old BBQ at their beach house and decided to change the meaning of the 4th of July in my family.  Taking my dad, uncle, aunt, and some neighborhood friends they all decided to line up and create a mini parade.  The grabbed pots, pans, and even metal trashcan lids and decided to walk the streets banging them, some houses they even went into if they knew the people well enough.  My dad was turning 15 at the time and can vividly remember this day.

July 4th, 2018 marks the 42nd anniversary of our 4th of July parade/party.  It has extended into a huge blow out where we host a large BBQ around 3pm and at 6pm starts our parade.  This is no ordinary parade like one you would see set up by your town.  When I describe this event to people I tell them “We have like 4-5 kegs, a ton of food, and a parade filled with a bunch of drunks,” which is 100% the truth.  Let remember that this parade started off with pots and pans, so it wasn’t bound to get any better then that.  Instead of it being just my family, though, this parade has been morphed into a neighborhood event with my family as the forerunners.

Soon enough this party/parade will be in my hands and I cannot wait for that day.  This holiday is extremely important to me, more so then thanksgiving or christmas, since it is something that not many other people can say.  I am proud to have my family doing something out of the ordinary for a holiday that not many people go in-depth to celebrate.  I was 3 weeks old at my first 4th of July Bash and my grandma’s birthday is two weeks after, making this our holiday.  Although my Dad and Uncle will be running it for a while once my grandma is no longer around, I will make sure they continue it in a similar manner.  This party was started by a strong woman, run by a strong woman, and forever will be run by a strong woman by myself, my sister, my cousin, and our children.  I hope that his is something we can continue to pass down through generations as we have already made it to the third and there are many more to come.

Who knew a family in the small state of Connecticut could create such an impact on a community for one day.